Vaccines are one of the greatest public health success stories in history.

MSD is celebrating one hundred years of Hilleman—the enduring legacy of an extraordinary man. Considered “the father of modern vaccines,” Dr. Maurice Hilleman would have been 100 years old on August 30th, 2019. To this day, his work is estimated to have saved more lives worldwide than any other medical scientist in the 20th century.

Dr. Hilleman and colleagues at work in lab, 1960s.

During the course of his remarkable career, Dr. Hilleman helped develop more than 40 vaccines for human and animal health, including many against childhood illnesses that were once common throughout the world. Although his is not a household name like Jonas Salk or Louis Pasteur, much of modern preventative medicine is based on the work Dr. Maurice Hilleman conducted during his more than 25-year career with our company.

A small-town boy from rural Montana, Dr. Hilleman earned some of the highest honors in his field. He received the National Medal of Science, the highest scientific honor given by the United States, in 1988 and a special lifetime achievement award from the Children’s Vaccine Initiative of the World Health Organization in 1996. He retired as Director of the our company’s Institute for Therapeutic Research in 1984 and continued to work on vaccine development in an academic setting until his death in 2005. To this day, his work continues to influence countless scientists and researchers – and his impact on global public health is undeniable.

In 1957, he determined that the flu outbreak was caused by a new and dangerous subtype of flu virus. Taking the initiative, he put out a press release warning the global community of the danger of the new strain. Our company responded and manufactured millions of doses of a vaccine against the new flu strain, and within months of Dr. Hilleman’s initial warning, the outbreak was controlled.

Dr. Hilleman found inspiration for medical breakthroughs closer to home, too. When his own daughter, Jeryl Lynn, developed an infectious disease in childhood, he took a culture from her throat, which became the basis of a vaccine that is still in use today.

At MSD, the spirit of invention drives everything we do. Like Dr. Hilleman, we recognize the power of prevention and the tremendous public health value of vaccines, and we’re working to protect more and more lives from serious illness. As one of the true giants of science in the 20th century, Dr. Hilleman embodied the spirit of invention, taking on difficult challenges with passion, persistence, and ingenuity. Our company is building on Dr. Hilleman’s legacy every day with new discoveries in areas ranging from oncology to infectious disease to animal health.

Today, we are supplying vaccines at our highest-ever annual production rate – having distributed 180 million doses, almost double the number since 2010. And we are making investments in our pipeline and manufacturing capability to bring the value of vaccines to an even broader set of people and help protect one billion more lives by 2030. We will continue transforming science, breakthrough after breakthrough, because at MSD, our mission is to save and improve lives for generations. That’s why we invent for life.

During his career, Dr. Hilleman developed 40+ vaccines for humans and animals

New vaccine development can take up to 20 years, and the likelihood is that only 6% of those new vaccines will make it from early development to market 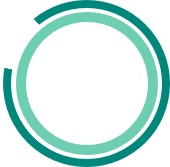 With more than 12,000 researchers, we are focused on finding solutions to a range of health challenges, old and new, every day

MSD’s response to the Ebola outbreak

Fighting for equity in health care

Our work in vaccines focuses on making certain diseases a thing of the past.

Discover how we invent for life